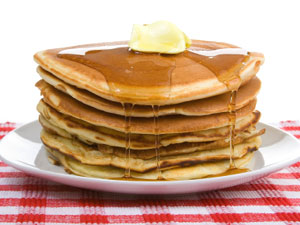 With Shrove Tuesday (or Mardi Gras, Fat Tuesday, Pancake Day, or whatever else you choose to call it) just around the corner, I though it would be appropriate to discuss pancakes.  No, I won’t be featuring a recipe this week.  Instead, I thought I’d highlight something a little more exciting: explosive powder!  You might be wondering: “What’s the correlation between pancakes and explosive powder?”  The answer: “Aunt Jemima”.
“Aunt Jemima”, as it was known among operatives, was an explosive powder used by the OSS in WWII.  (The OSS, or Office of Strategic Services, was the precursor to the CIA and existed during the war to gather intelligence and support resistance efforts against the Axis.)  As you might have guessed, the powder was nicknamed based on its resemblance to the ever popular ready-made pancake mix.  It was invented by George Kistiakowsky who was a “soldier-turned-chemist” of Russian descent also know for his work in Los Alamos. 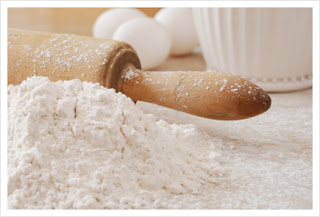 “Aunt Jemima” explosive powder was designed to look and act like flour.  It could be baked and consumed without exploding, although ingesting it was generally not encouraged.  The explosive powder, once perfected, was packaged in flour bags and was easily smuggled to the Chinese resistance fighting the Japanese.
So, as you enjoy your pancakes and beignets this Mardi Gras, you’ll have a little something extra to chew on.
-Megan
References:
Central Intelligence Agency. (2007). “Weapons and spy gear”. Retrieved from http://www.cia.gov/library/center-for-the-study-of-intelligence/csi-publications/books-and-monograms/oss/art08.htm.
Hunt, E. H. & Aunapu, G. (2007). American spy: My secret history in the CIA, Watergate & beyond. Wiley Pub.
O’Donnell, P.K. (2004). Operatives, spies, & saboteurs: The unknown story of the men and women of World War II’s OSS. Free Press.
Wang, A. (2008). In Sputnik’s shadow: the President’s Science Advisory Committee and Cold War America. Rutgers University Press.