Posted at 16:30h in Uncategorized by admin 0 Comments
0 Likes
Share

I enjoy the fact that March is Women’s History Month.  It gives me a chance as a young, American women to reflect on female pioneers and frontrunners from various fields that helped create a more free and equal existence for women today.  One such group of pioneering women were the Fly Girls of World War II.  These 1,100 women were breaking social and cultural barriers in the 1940s as part of their patriotic duty.  They filled a void in the American workforce left by men sent abroad to fight for freedom.  And in the process they showed the world that they were as competent and dependable as their male counterparts. 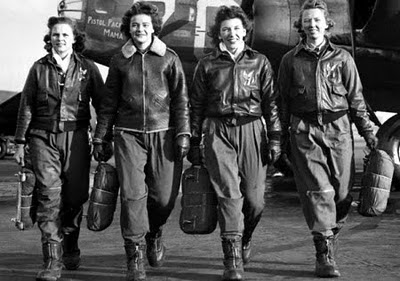 Their story starts early in the war when officials quickly determined that a desperate lack of domestic service pilots existed to ferry new planes across the country.  Because so many male pilots had been sent oversees, a few prominent female aviators like Jackie Cochran and Nancy Love saw this as a unique opportunity to train women to fly combat aircraft for domestic purposes.  With the help of First Lady Eleanor Roosevelt and famed General, Hap Arnold,  Jackie Cochran and Nancy Love each received their own female training classes.  Cochran, clearly the more influential of the two women, convinced Arnold that the two classes should be combined into one under Cochran’s command.  Arnold complied and the WASP (Women Airforce Service Pilot) was born. 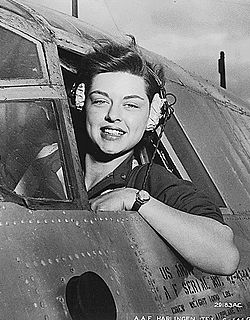 In 1942, the inaugural class of WASPs was made up of women from various locations and socioeconomic backgrounds, but they shared one factor among them: they all had prior flight experience.  However, these women did not have experience with combat planes. So Cochran convinced Hap Arnold that they needed their own separate training facility, and the Fly Girls (as they were called) took over Avenger Field.  Word spread quickly about the all-female air base, and soon a surprising number of male pilots were “forced” to make emergency landings at Avenger.  Jackie Cochran put a stop to the so-called emergency landings and imposed strict rules on the female trainees.  After all the training program lasted six months, and it was strenuous.  The gals needed to stay focused on the mission.  In fact, only one in three women made it through the program to receive their silver wings.

After completing the program at Avenger Field, the new graduates were soon called upon to perform a variety of demanding and dangerous tasks for the sake of the war effort including test flights and even target practice.  Yes, I said target practice – Some women had been asked to two targets behind their aircraft so ground artillery units could practice their aim.  One WASP was among the first asked to test the first jet plane.  Two other women were asked to train male pilots to fly the infamous B-29 Superfortress which most men initially refused to fly due to potential dangers.  There is no doubt that these women contributed greatly to the war effort and modern aviation.

By the conclusion of the war, 38 women had given their lives in service as WASPs.  Even considering the WASP’s contributions, in June 1944 Congress refused to militarize the WASPs and halted women’s training programs.  In a matter of months American society shifted its opinion about the job of a WASP.  Women in these roles were initially seen as heroic.  By mid-1944 the public saw the women that continued to fly as unpatriotic because they were holding jobs that should belong to returning servicemen. In response on the WASP program was officially disbanded on December 20, 1944.  In spite of the obstacles setbacks, the Fly Girls defied stereotypes to help inspire future generations of women to achieve more and fight for equality.