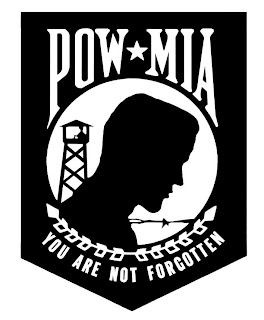 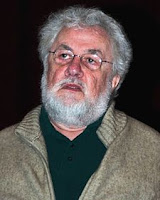 Join us at the National D-Day Memorial on Saturday, September 21 at 11 am for “Never Forget,” a powerful and moving ceremony to honor those American who served our county and are still missing.  Air Force disc jockey Adrian Cronauer, who while on the air at Armed Forces Radio Saigon woke American troops in Vietnam each morning with the shout of “Goooooooood Morning, Viet Nam!,” will be our guest speaker.  Cronauer was portrayed twenty years later by Robin Williams in the major motion picture, “Good Morning, Vietnam!”  Meanwhile, the real Adrian Cronauer was honorably discharged and continued as a broadcaster in Southwest Virginia for about a dozen years.  He later moved to New York, become a lawyer, practiced communications law for a dozen years, and then, was appointed by President George W. Bush as Special Assistant to the Director of the Pentagon’s POW/MIA Office.  His speech “Accounting for America’s Heroes” will highlight POW/MIA issues.  There will be a wreath laying during the ceremony.  Admission is free until noon.  For more information, call (540) 586-3329 or visit our website at www.dday.org.  This event is generously sponsored by Harley Davidson of Lynchburg.

We hope to see you at the Memorial on Saturday for POW/MIA Awareness Day.  Below is a POW story from WWII.  I apologize for the length of this post; however, this in an incredible story.  I now present to you Clair Cline’s remembrances from his time as a POW in Stalag Luft I as he wrote for the Guidepost Magazine in January 1997.

In February 1944 I was a U.S. Air Corps pilot flying a B-24 bomber over Germany when antiaircraft fire hit our tail section and we lost all controls. We bailed out and on landing I found myself in a field in occupied Holland, just across the border from Germany. We were surrounded by villagers asking for chocolate and cigarettes. Then an elderly uniformed German with a pistol in an unsteady hand marched me to an interrogation center. From there I and other prisoners were shipped to Stalag Luft I, a prison camp for captured Allied airmen.

The camp was a dismal place. We lived in rough wooden barracks, sleeping on bunks with straw-filled burlap sacks on wooden slats. Rations were meager;  if it hadn’t been for the Red Cross care packages, we would have starved.  But the worst affliction was our uncertainty. Not knowing when the war would end or what would happen (we had heard rumors of prisoners being killed)  left us with a constant gnawing worry. And since the Geneva Convention ruled  that officers were not allowed to be used for labor, we had little to keep  us occupied. What resulted was a wearying combination of apprehension and boredom.  Men coped in various ways: Some played bridge all day, others dug escape tunnels (to no avail), some read tattered paperbacks. I wrote letters to my wife and carved models of B-24s.

The long dreary months dragged on. One day early in the fall of 1944, I  found myself unable to stand airplane carving any longer. I tossed aside a half-finished model, looked out a barracks window at a leaden sky and prayed in desperation, “Oh, Lord, please help me find something constructive to do.”
There seemed to be no answer as I slumped amid the dull slap of playing cards and the mutter of conversation. Then someone started whistling “Red Wing” and my heart lifted. Once again I was seven years old in rural  Minnesota listening to a fiddler sweep out the old melody. As a child I  loved the violin and when a grizzled uncle handed his to me I couldn’t believe it. “It’s yours, Red,” he said, smiling. “I never could play the thing, but maybe you can make music with it.”  There were no music teachers around our parts, but some of the old-timers who played at local dances in homes and barns patiently gave me tips. Soon I accompanied them while heavy-booted farmers and their long-gowned wives whirled and stomped to schottisches and polkas.

I thought how wonderful it would be to hold a violin again. But finding one in this place would be impossible. Just then I glanced at my cast-aside model, and a thought came to me: I can make one! Why not? I had done a little woodworking before I was in the service. But with what? And how? Where could I find the wood? The tools? I shook my head. I was about to forget the whole preposterous idea when something caught me. You can do it. The words hung there, almost as if Someone had challenged me. I grew up on a farm during the Depression, and had learned about resourcefulness. I remembered my father doggedly repairing hopelessly broken farm equipment. “You can make something out of nothing, Son,” he said, looking up from the frayed harness he was riveting. “All you’ve got to do is find a way…and there always is one.”

I looked around our barracks. The bunks. They had slats! Each was about four inches wide, three-quarters of an inch thick and 30 inches long. A few wouldn’t be missed. Just maybe, I thought, just maybe I could. I already had a penknife gained by trading care-package tobacco rations with camp guards who delighted in amerikanische Zigaretten. Glue? It was essential. But glue was practically nonexistent in a war-ravaged country. “There’s always a way,” echoed Dad’s words.  One day I happened to feel small, hard droplets around the rungs of my chair. Dried carpenter’s glue! I carefully scraped off the brown residue from a few chairs, ground it to powder, mixed it with water and heated it on a stove. It would work. I cut the beech bed slats to the length of a violin body and glued them together. Then I began shaping the back panel. A sharp piece of broken glass came in handy for carving. Other men watched with interest, and some helped scrape glue from chairs for me.

Weeks went by in a flash. I shaped the curved sides of the body by bending water-soaked thin wood and heating it over the stove. My humdrum existence became exciting. I woke up every morning and could hardly wait to get back to work. When I needed tools, I improvised, even grinding an old kitchen knife on a rock to form a chisel. Slowly the instrument took shape. I glued several bed slats together to form the instrument’s neck.  In three months the body was finished, including the delicate f-shaped holes on the violin’s front. After carefully sanding the wood, I varnished the instrument (that cost me more cigarettes) and polished it with pumice and paraffin oil until it shone with a golden glow.

A guard came up with some catgut for the strings, and one day I was astonished to be handed a real violin bow. American cigarettes were valuable currency, and I was glad I hadn’t smoked mine.
Finally there came the day I lifted the finished instrument to my chin. Would it really play? Or would it be a croaking catastrophe? I drew the bow across the strings and my heart leaped as a pure resonant sound echoed through the air.  My fellow prisoners banished me to the latrine until I had regained my old skills. But from then on they clapped, sang, and even danced as I played “Red Wing,” “Home on the Range” and “Red River Valley.”

My most memorable moment was Christmas Eve. As my buddies brooded about home and families, I began playing “Silent Night.” As the notes drifted through the barracks a voice chimed in, then others. Amid the harmony I heard a different language.  “Stille Nacht, Heilige Nacht, alles schläft, Einsam wacht . . . ” An elderly white-haired guard stood in the shadows, his eyes wet with tears.

The following May we were liberated by U.S. troops. Through the years, the violin hung proudly in a display cabinet at home. As my four children and six grandchildren grew, it became an object lesson for escaping the narcosis of boredom.  “Find something you love to do,” I urged, “and you’ll find your work a gift from God.” I’m happy to say all of them did. In the fall of 1995 I was invited to contribute the violin to the World War II museum aboard the aircraft carrier Intrepid in New York. I sent it hoping it would become an object lesson for others. But I was not prepared for the surprise that followed. I was told the concertmaster of the New York Philharmonic would play it at the museum’s opening. Afterward he called me.  “I expected a jalopy of a violin,” said maestro Dicterow, “and instead it was something looking very good and sounding quite wonderful. It was an amazing achievement.”  Not really, I thought.  More like a gift from God.

*Story from http://www.merkki.com/violin.htm.  Clair Cline passed away in September 2010 at the age of 92.  Most recently the violin has been on display at the National WWII Museum as part of an exhibit on POWs in WWII.