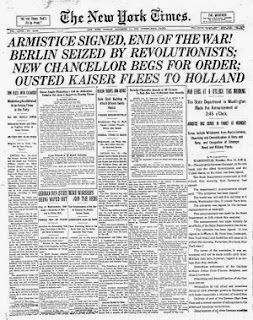 How did Veterans Day Observances begin?  When the Treaty of Versailles was signed on June 28, 1919, World War I, or “The Great War,” officially came to an end.  However, fighting had actually ceased seven months prior when an armistice between the Allied nations and Germany went into effect on the eleventh hour of the eleventh day of the eleventh month.  For this reason, November 11, 1918 is regarded as the end of the “war to end all wars.”

A year after the armistice, in November 1919, President Woodrow Wilson proclaimed November 11 as the first commemoration of Armistice Day with the following words: “To us in America, the reflections of Armistice Day will be filled with solemn pride in the heroism of those who died in the country’s service and with gratitude for the victory, both because of the thing from which it has freed us and because of the opportunity it has given America to show her sympathy with peace and justice in the councils of the nations.”

Originally Armistice Day observances were celebrated with parades and public meetings.  Business would not begin until 11am.  Congress officially recognized the end of “The Great War” when it passed a resolution on June 4, 1926 marking November 11, 1918 as the official end of the war.  An Act, approved May 13, 1938, made this day a legal holiday each year.  November 11 would be “a day dedicated to the cause of world peace and to be thereafter celebrated and known as ‘Armistice Day’.”

World War II had required the greatest mobilization of soldiers, sailors, and airmen in our nation’s history; and after American forces had fought in Korea, Congress, at the urging of veteran service organizations, amended the Act establishing Armistice Day.  On June 1, 1954, the word “Armistice” was replaced with “Veterans.”  November 11 was now established as the day to honor American veterans of all wars. 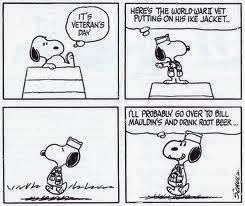 So, join us at 11am on November 11, 2013 to honor all who have served in the US Armed Forces.  The program will include guest speakers, music, and recognition of all veterans.  Free admission will be offered from 10am to Noon.

We hope to see you there.