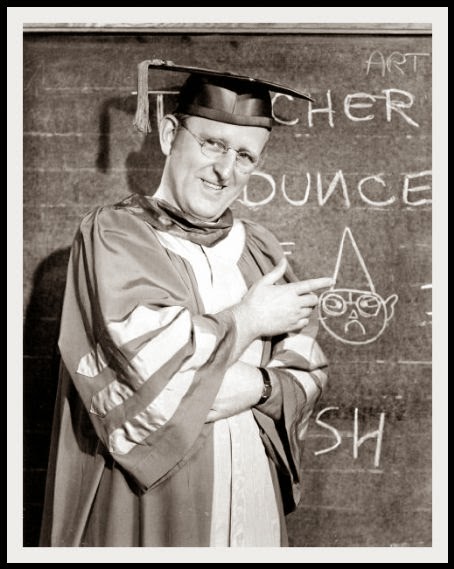 Hello everyone!  I want to take a moment to say THANK YOU to everyone who came out to the G.I. Jive on Saturday, February 8th.  We all had a wonderful time, and I look forward to seeing everyone there again next year.  In carrying with the spirit of the jive,we are going to look at music of the 1940s.  Take a second to think about musicians of the ’40s.  Who do you think of first?  Frank Sinatra, the Andrews Sisters, and Glenn Miller are some of big names of the time period.  Let me take a few minutes of your time to introduce you to one of my favorites.

For those of you who may not know, I attended the University of North Carolina at Chapel Hill during my undergraduate career (on a side note, we play Duke this week and I’m feeling a little nostalgic).  Chapel Hill is filled with history and I was lucky enough to be able to delve into some of this history–including learning about some of our famous alum–alum like that of James Kern “Kay” Kyser.

Kyser was born June 18, 1905 in Rocky Mount, North Carolina.  He attended UNC from 1923-1927.  During this time, Kyser was the head cheerleader–the enthusiasm exhibited as a cheerleader led to to him being invited to take over as bandleader.  He decided to start taking clarinet lesson; however, it was clear that he was meant to be a leader, a showman. 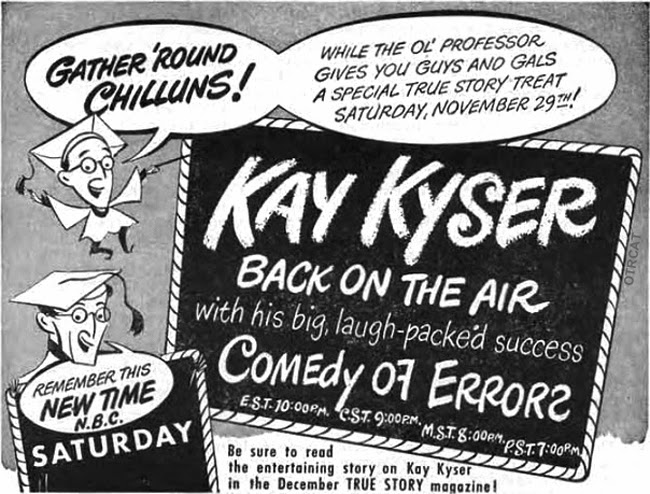 Beginning in 1938, Kyser’s Kollege of Musical of Knowledge broadcast on the Mutual Radio before switching to NBC Radio from 1939-1949.  Kyser’s show was a combination of a quiz and music (with a little comedy thrown in)–appropriately, Kyser ran the show as the “Ol’ Professor.”  Through the 1930s and 1940s, Kyser and his orchestra had some of the most popular songs of the time – including 11 number 1 records.  One of those hits came in 1942.  Entitled “Praise the Lord and Pass the Ammunition,”  this song was written by Jack S. McDowall in the aftermath of the attack on Pearl Harbor.

Kyser began working with the military in February 1941 when he became the first big band leader to perform in front of the troops.  Not to just be on the radio, Kyser moved to the big screen in wartime films such as Stage Door Canteen and Thousands Cheer.  Both of these films were created for troop morale.  Check out a short clip of Stage Door Canteen below.  Kyser is, as you may guess, the man in the suit and tie cheering on the dancers.

In 1944, Kyser married actress and lead singer of his orchestra “Gorgeous Georgia”–Georgia Carroll.  Spend some time and watching his films and listening to the music of the big band era.  I hope you enjoy his work as much as I do!