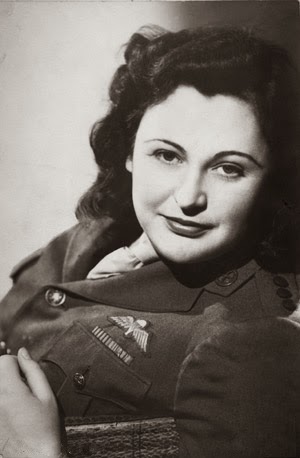 On March 25 at Noon in the Bedford Area we will have the last lecture of the winter season.  For women history’s month, we will be looking at a topic that is one of my personal favorites – women spies of World War II.  The lecture will be led by D-Day Memorial President, April Cheek-Messier.  Please feel free to join us for lunch at Noon for a wonderful discussion about several spies who were instrumental to the Allied efforts over the course of the war.  We look forward to seeing you there!
Before the lecture, I would like to the introduce you Nancy Wake.  Wake was born in New Zealand on August 30, 1912 to Charles and Ella Wake.  Growing up she was the youngest of six children and fiercely independent.  When she was 16 years old, Wake ran away from home to work as a nurse.  After an aunt gave her some money, she set out to see the world starting with Europe.  Working as a journalist, Wake witnessed the rise of Hitler, Nazism, and anti-Semitism.  While in Vienna, she witnessed Nazi gangs randomly beating Jewish men and women in the streets.  These attacks fed her determination to work against the Nazis.
Her time would come up soon as part of the French Resistance.  In 1939, Wake married Henri Fiocca, a wealthy French industrialist.  Their charmed life would be short lived; six months after the marriage Germany invaded France.  Shortly after the German occupation, Wake had moved from observing what was going on around her to actively participating in the Resistance.  At first, she was a courier, smuggling messages and food to the underground groups in Southern France.  Her husband helped her secure an ambulance which she used to transport refugees out of German occupied areas.  She obtained papers that allowed her to work in Vichy France and became deeply involved in moving prisoners of war and downed Allied pilots out of France to Spain.
Her missions put her life in constant danger.  By 1943, Wake was number 1 on the Gestapo’s most wanted list – they referred to her as the “White Mouse” because she was so good at evading capture.  The Resistance determined that Wake should leave France and go to Britain.  Escape was easier said than done.  It took six times to get across the Pyrenees, even being captured and interrogated for four days during one of the attempts.  In her escape, she had to leave behind her beloved husband.
Once in Britain, Wake became one of 39 women and 430 men in the French Section of the SOE.  She was trained in survival skills, silent killing, codes, radio operations, night parachuting, plastic explosives, rifles, pistols, and grenades.  In April 1944, Wake parachuted into central France with orders to locate and organize the bands of Maquis, establish ammunition and arms caches, and organize the Resistance in preparation for the D-Day invasion.  Wake led more than 7,000 men in guerrilla warfare against the German troops and facilities. 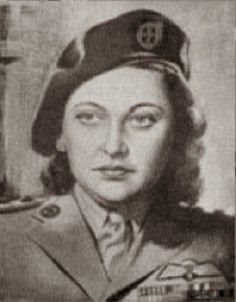 When Paris was liberated on August 25, 2014, Wake walked her troops into Vichy to celebrate.  Once there she learned that her husband Henri had been captured, tortured, and executed when he refused to give them any information about the whereabouts of his wife.  After the war, she continued to work with the SOE.
To learn more about her extraordinary life, be sure to join us on March 25!
Until next time,
Felicia