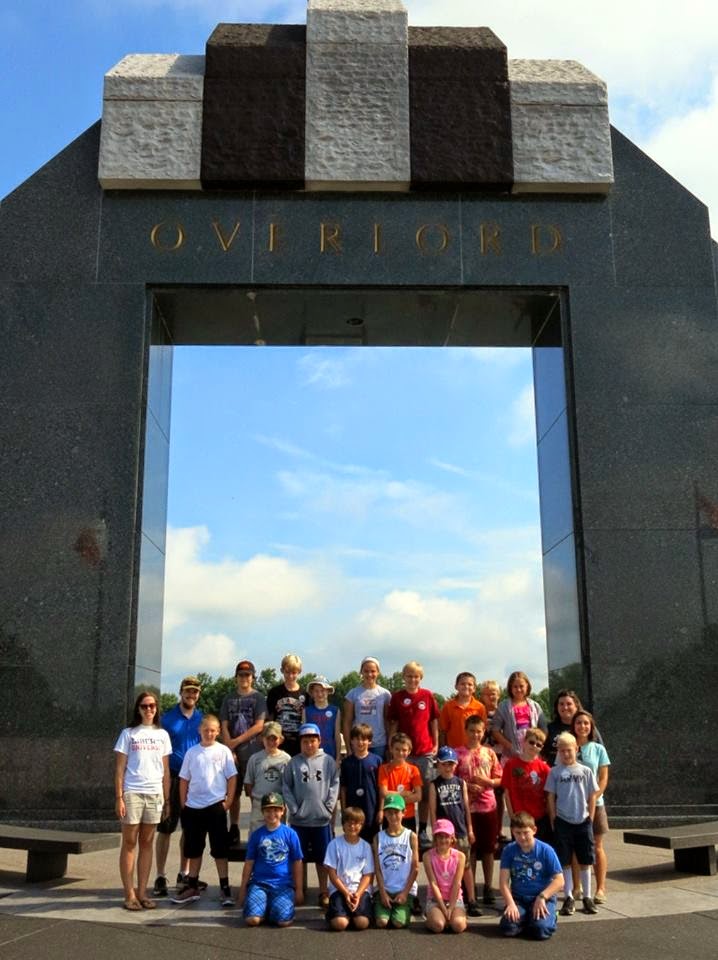 Good morning to all you wonderful readers!

I want to apologize for the absence, but you see recently had 21 young, bright campers take over the site for a few days as they went through an intense camp where they learned all about D-Day.  Let me tell you 21 campers, 18 of whom were boys, makes for a busy, tiring, and ultimately rewarding three day period.

The first day was lesson heavy as we discussed the planning for the invasion and what would be necessary for the troops and for those on the homefront to do to ensure success.  I also taught students how to properly handle historical artifacts, as they would be designing “exhibits” for the open house on the last day.  Day one of camp was the first of several perfect opportunities for us to test a few of the new STEM programs that we are developing.  For those of  you who may not be familiar with the acronym, STEM stands for science, technology, engineering, and mathematics, and has become a huge push within our education system over the past years.  Day one was all about planning, so naturally we discussed the effects weather and tide had on the invasion.  By the end of the day, campers were learning how to march and studying the training soldiers, sailors, and airmen were doing to prepare for the big day.

Day two equaled D-Day.  Campers began by one of our (and coincidentally their) favorite parts of camp – the annual scavenger hunt!  This year teams had two different options for their hunt; they were either spies for the Allies or the Axis gathering puzzle pieces that created both the actual map for the invasion or the deceptive plan for Calais.  We had them going all over the site deciphering clues and they were only stumped when having to find the bust of Churchill.

After this we broke into our STEM rotations: gardening, gliders, tanks, and Higgins boats.  Each of these rotations had some lesson that related the historical topic back to the ideas of STEM.  At the tank section, campers had to use water cannons to hit targets placed at random intervals on the ground.  There were protractors available so campers could figure out the angles they had to use in order to hit their targets.

Campers moved to trying to fly gliders thinking about things such as wind as they tried to make their glider go the greatest distance.  Next came construction time where students had to use the provided materials to design their own Higgins boats.  Their boats had to withstand so much weight without sinking.  Finally, we step back from the frontlines and go to the homefront where over 2 million victory gardens were grown during the war.  During this section we discussed the process of photosynthesis and what all plants need to grow (before going in to do a little weeding in the garden).

On the final day, campers created exhibits with artifacts and the posters to show off everything they had learned over the past few days.  They were also “recruited” into the Navy and were able to look at some artifacts that had been brought by Jim Callear, a wonderful friend to the Memorial.

Overall, camp was a wonderful experience where campers were able to take on a hands-on, interactive approach to learning.  They were genuinely excited about learning and it was very rewarding to get to listen to the campers during the open house as they told parents, volunteers, and staff members all about what they had learned over the course of such a short period of time. 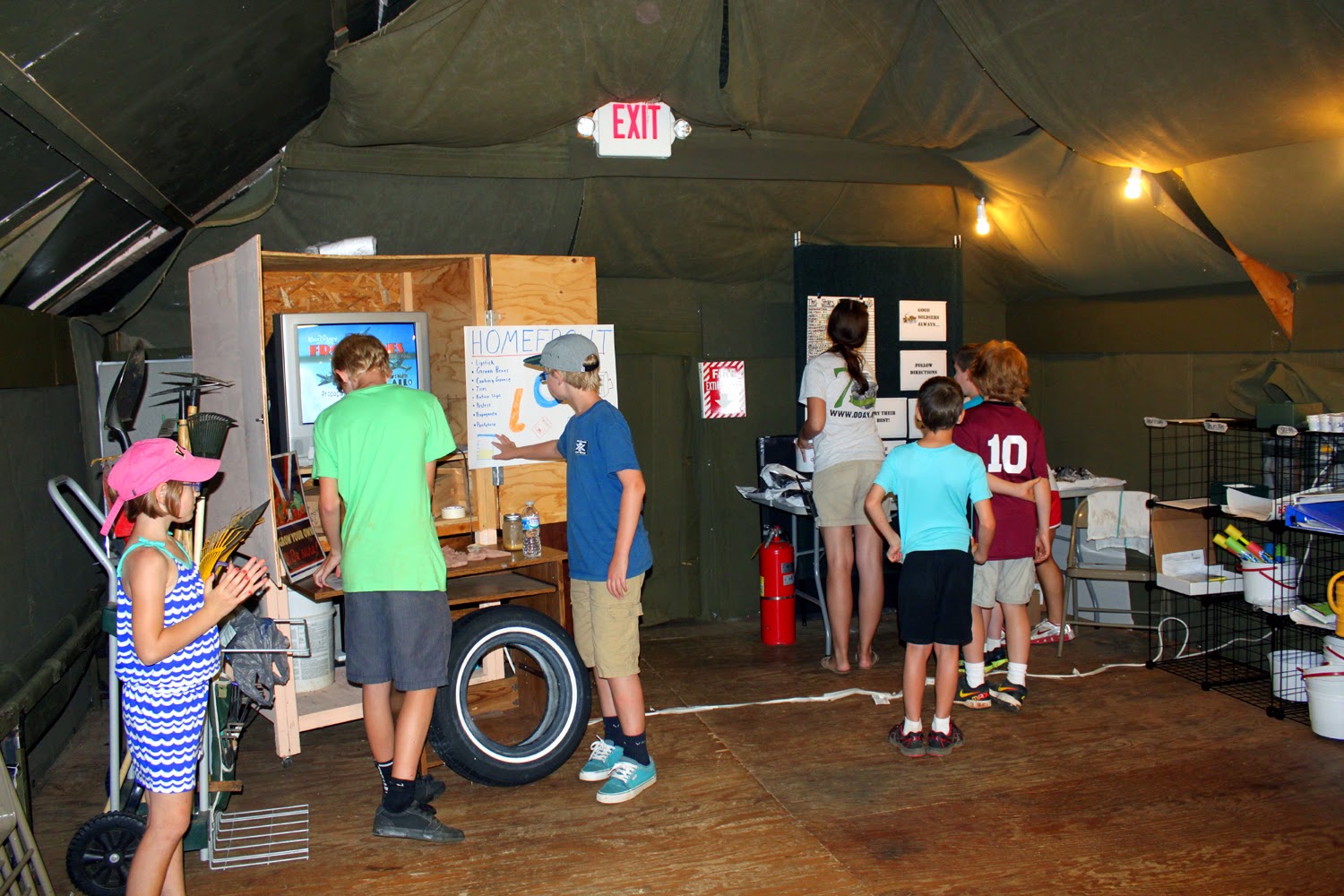