I hope you are having a great morning so far and you are not too stressed about the holidays yet! There are only 8 days until Christmas, can you believe it? I am sure you have already made your holiday treats, but I thought I would share a special cookie recipe with you all, one that was popular during World War II and today! The Pfeffernüsse cookie is a delicious spice cookie, popular in Germany, Denmark, and the Netherlands. This particular cookie is special in my family’s household because we are both of German and Danish dissent and my grandparents, and great-grandparents, made these during the holiday season, despite the shortages during WWII. Obviously, since this particular cookie has a German connection, not all Americans were eager to make them during the war.  But as we all know, there were, and still are, a rather large number of those with German ancestry living in the country and the tradition has been kept by them.
The Pfeffernüsse is also known as pepernoten in Dutch, päpanät in Plautdietsch, or peppernuts in English. The origin of the cookie is not clear, but the traditional Dutch belief is that the pepernoten was connected to the feast of Sinterklaas, which is celebrated on December 5 in the Netherlands, the 6th in Germany and Belgium. Sinterklaas, as you may have guessed, is when children receive their gifts from St. Nicholas, or Santa Claus. For the Germans, the cookie has a closer association to traditional Christmas celebrations and has been part of European holidays since the 1850s.

It is commonly believed that the name pfeffernüsse indicates nuts within the cookie, although many varieties do not contain any nuts at all. However, the cookie is meant to be small, like the size of a nut, which may have had a hand in its given name. Also, throughout time, bakers have created their own unique recipes for their cookies; however, the common theme is the spices used and the use of molasses and honey to sweeten the cookie.

If you are unfamiliar with the pfeffernüsse cookie, then you can compare it to the Kruidnoten cookie or Russian Tea-cakes; commonly mistaken, both have a nutty, spicy, flavor and are of similar shape to the pfeffernüsse.
The cookie recipe I will use is from a cookbook from the 1940s titled: The Christmas Cookie Recipes: December 1944, BY The Home Service Bureau; The Electric Company, Milwaukee, Wisconsin
Jo’s Pfeffernuesse
4 eggs 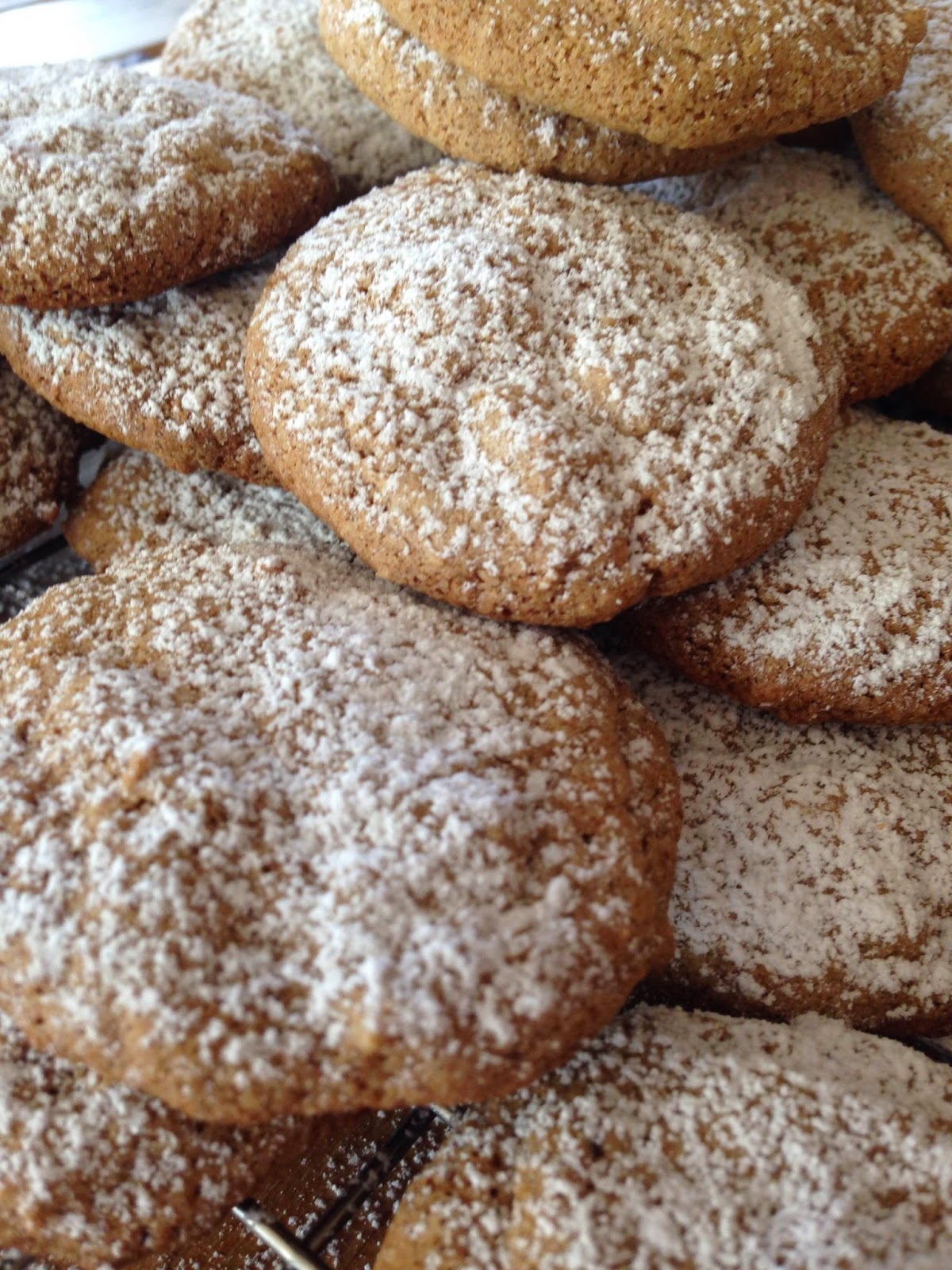