27 May What, Exactly, Did Ike Say to Launch the Invasion?

Posted at 18:29h in #dday, #dday72, D-Day, Eisenhower, Ike, National D-Day Memorial, Operation Overlord, SHAEF, Uncategorized, weather by Angela Lynch 0 Comments
0 Likes
Share
We all know the result of Eisenhower’s order on that fateful day. 150,000 men, 12,000 planes, and 7,000 sea-going vessels launched the most intricately planned (and most risky) amphibious assault in history on the beaches of Normandy. But what exactly did the Supreme Allied Commander say to make that happen? The quick answer is: no one knows. 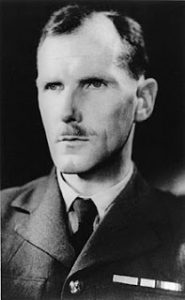 Eisenhower had already issued one monumental order on June 4th: the invasion must be delayed. Although as he met with his staff and meteorological experts that day, the weather was fine. Ike was concerned with conditions a few hours in the future. His chief weather adviser, Captain J.M. Stagg, reported that a storm front was moving into the Channel and would make the landings virtually impossible if carried out as originally scheduled on June 5. (Had the weather cooperated that day, our Arch would be one inch shorter at 44 feet and 5 inches.)

Through June 5th, Eisenhower and his meteorological team continued to monitor the forecast. Weather prediction on this level was a new science, and it was fortuitous that the Allies excelled at it compared to the Germans, who were blissfully unaware that an invasion could take place in such conditions. Rommel famously decided he could take a day off to visit his wife on her birthday because of the storm.
Ike’s team gathered again in Southwick House at 0330 on June 5th, in miserable weather, to mull the latest reports and the fate of the invasion party that was already at sea in the Channel. Stagg predicted a break in the storm by dawn. The Supreme Allied Commander had a decision of epic proportion to make: go or no go? Another delay could prove disastrous. It would mean recalling the troops already at sea and risking an intelligence leak that could reveal to the enemy the carefully guarded secret of the invasion.
Ike asked opinions of his staff, paced around the room, mulled his options, and then said…What?
The most frequently reported version of his order to launch the invasion is along the lines of “OK, we’ll go”, which Eisenhower himself used later in speaking of the meeting. The “official” tour script for volunteers at the Memorial records the “three words that changed history” as “Ok, let’s go”, which historian Stephen Ambrose preferred in several writings.
But there seems no end of other variations of The Order. In reality, Eisenhower himself never seemed aware of what he said. In 1964, then ex-President Eisenhower gave no less than five different versions for one article in a French magazine commemorating the 20th Anniversary of the Invasion. In his memoir Crusade in Europe, he merely says he “announced the decision” and that no one present disagreed.
A few of the various permutations that have been proposed for The Order through the years include:
So, which one is accurate? Or do we have to reconcile ourselves to the fact that one of the most important decisions ever made in warfare has no definitive text to accompany it? 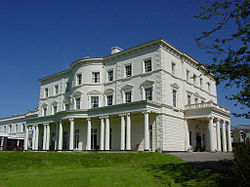 Only by putting yourself in the room at Southwick House can you begin to see how such a monumental moment could escape so unremarked. Picture a room full of officers on the verge of the most important operation they will ever experience.  There are no recording devices; no one takes notes. All listen intently to the weather reports and various opinions bandied about; all contemplate what happens next once the decision to go (or to delay) is made. They watch Eisenhower intently, but to a man all understandably have their minds more on their duty that on the curiosity of future history buffs.

In short, no one was concerned about the wording of the order. They only cared what the order was. Tellingly, Ike later recorded that as soon as he said whatever it was he said, the room emptied in moments. Each man there had a job to do and immediately got into gear to accomplish it. Recalling who said what and in what words was not a priority.
Incidentally, there is also no definitive list of exactly who was in the room that morning, and no agreement in the historical record of exactly what time the decision was made. Such details were lost in the fervency of the moment and fog of war.
The Supreme Allied Commander’s monumental decision raises a couple of interesting points. First, note that his order was the ONLY one Ike issued that day. His work was done in the months leading up to Operation Overlord. On the actual day, he could only pace, smoke too much, and wait as agonizingly slow and incomplete information arrived at Southwick.
Second, notice that he alone made the decision. He did not consult, and was not expected to consult, General Marshall in the States or the President himself. Such weighty responsibility entrusted entirely to a single officer would never have happened in the totalitarian regimes of our enemies, or even with our ally, the Soviet Union.
So Ike made the call. But, in the end, we can never know exactly what he said to make it. We can only contemplate the results of his order, and the valor, fidelity, and sacrifice of the men who carried it out.
-John