Tuesday, May 8, 1945, the newspapers read “VE-DAY,” a victory for the Allied forces and the Soviet Union against Hitler’s Nazi Germany. Banners were raised all across the world, with celebrations and dances in the streets, as people read the newspapers and heard through radio broadcasts the Germans had unconditionally surrendered to the Allies. In London, at the House of Commons, Winston Churchill made an official statement on May 8, 1945 in honor of Victory in Europe day.  Although celebrations, parades, and bonfires, spread across the United States, Western Europe, the Soviet Union, Australia, and New Zealand, the brutal, gripping, and devastating war remained in the hearts and minds of every person in every nation.

“We may allow ourselves a brief period of rejoicing; but let us not forget for a moment the toil and efforts that lie ahead. Japan, with all her treachery and greed, remains unsubdued…We must now devote all our strength and resources to the completion of our task, both at home and abroad. Advance, Brittania! Long live the cause of freedom! God save the King!” –Winston Churchill May 8, 1945 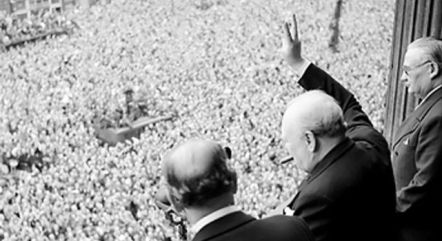 President of the Third Reich for a week, after the suicide of Adolf Hitler on April 30, 1945, Grand Admiral Karl Donitz declared an unconditional surrender against the Allied forces and the Soviet Union on May 7, 1945. In Reims, France, Dwight D. Eisenhower accepted the surrender of all Germans from the East and the West. With the European theater of war concluded, nations across the world celebrated the defeat of Germany. Flags were raised, many stormed the city streets, pubs and bars stayed open late, and many danced the night away. Times Square in New York City held thousands of people reuniting and celebrating, New Orleans held Mardi Gras celebrations, and Paris roared in wild parties. People in towns and cities raised the banners and held parades to glorify an ultimate victory in a brief occasion of relief. Production and manufacturers were still open across the United States, where only a select amount of businesses closed early on May 8, 1945. When President Harry S. Truman addressed the U.S., he stated full effort now went to defeat imperial Japan 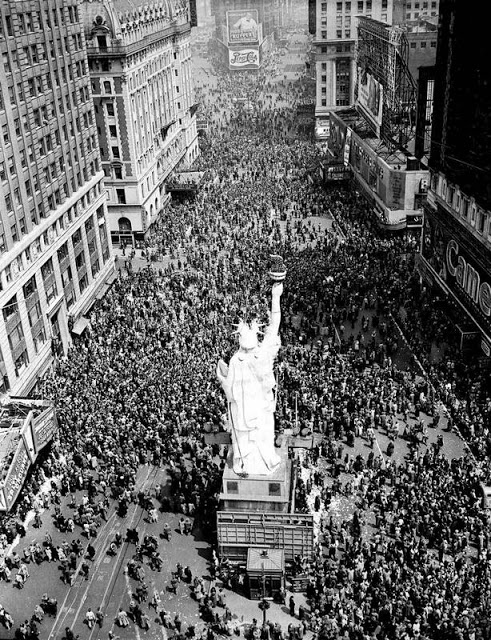 “For this victory, we join in offering our thanks to the Providence which has guided and sustained us through the dark days of adversity. Our rejoicing is sobered and subdued by a supreme consciousness of the terrible price we have paid to rid the world of Hitler and his evil band. Let us not forget, my fellow Americans, the sorrow and the heartache which today abide in the homes of so many of our neighbors–neighbors whose most priceless possession has been rendered as a sacrifice to redeem our liberty…If I could give you a single watchword for the coming months, that word is work, work, and more work. We must work to finish the war. Our victory is only half over.” From President Harry S. Truman’s radio broadcast to the U.S.

Approximately 80 million people, soldiers and civilians were killed in the Second World War. The Nazis killed approximately 6-7 million Jews, Gypsies, Serbs, and people with disabilities, political opponents and resistance fighters. Victory in Europe, or Victory Day in the Soviet Union, presided in a moment of humble triumph, but the devastation and hardships prevailed for decades to come. 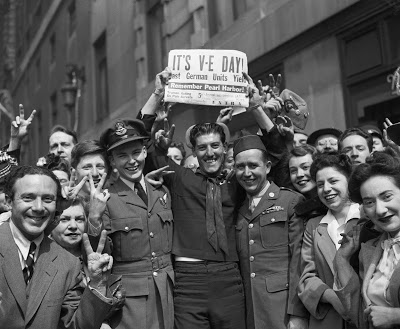