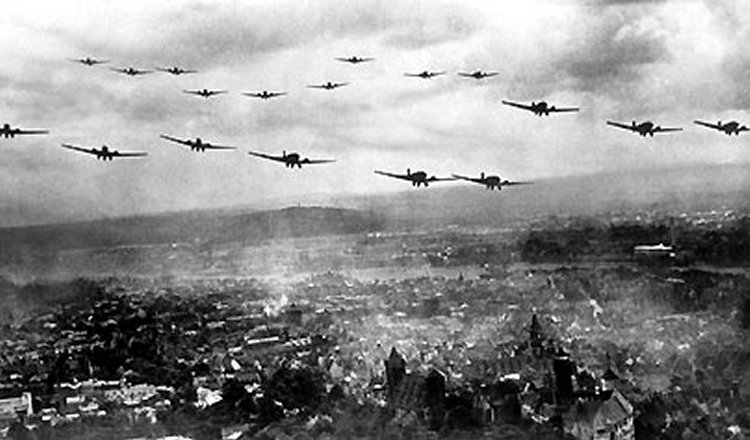 Posted at 16:44h in Uncategorized by admin 0 Comments
8 Likes
Share

It was probably not long before dawn on Sept. 1st, 1939, when the unsuspecting Polish soldier died. We’ll never know his name or where exactly he was, or if he was able to offer a futile defense of his nation before succumbing. He may have been a border guard, or a radioman on duty in the Polish Corridor, or just an infantryman in the wrong place at the wrong time. But whoever he was, he was the first of many. A war had started with his death, and he was the first of some 50 million people who would perish over the next six years.

The German invasion of Poland on Sept. 1, 1939, was certainly one of the formative events of the 20th Century. While it’s often said that the invasion began WWII, that assertion would come as a surprise to the Chinese, who had been fighting Japan for four years at that point. Nevertheless, Hitler’s move into Poland was certainly significant for a number of reasons.

First, the invasion ended the era of appeasement and prompted Britain and France to declare war on Nazi Germany. While there was little the two nations could do to aid their Polish allies, they did declare to the world that they would not allow Nazi domination of Europe without a fight. 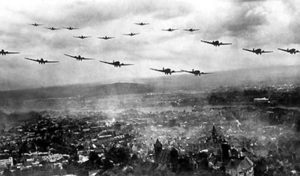 Second, the invasion introduced a new term to warfare: Blitzkrieg, Lighting War. In World War I, technology and tactics favored the defense, and it was extraordinarily difficult and costly to advance a front. Many people assumed that when Hitler invaded Poland (and the dictator did not conceal his eventual intention to do just that), the Poles would be able to stop the German offensive with fixed defenses, because that was what war was in the 20th Century. 1939 would be 1914 all over again.

But instead, the innovative German army had developed a tactical doctrine to return mobility to warfare, based on the use of armor and close air-support. The outmanned and outgunned Polish army, renowned for its excellent, and excellently useless, horsed cavalry, never had the chance to slow down the assault, much less stop it.

As historian Louis Snyder put it, “against the mechanized monsters of Hitler’s Panzerdivisionen the Poles sent their cavalry, booted and spurred. The outcome of the match between horse and internal-combustion engine was not for a moment in doubt.”

While many prognosticators had given Poland a fighting chance (the German army, after all, was only a few years old in 1939), instead an aura of German invincibility was created on the plains of Poland. 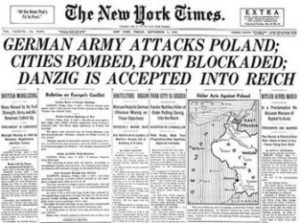 Third, the German invasion of Poland is remarkable for the oft-unremarked role of the Soviet Union. A week before the invasion, the two dictatorships had announced the Nazi-Soviet Pact, a nonaggression agreement that secured Germany from facing a two-front war (assuming Britain and France would actually declare war. Hitler fully expected more appeasement).  Under secret protocols of the Pact, the Soviet Union would be allowed to move into parts of Poland that had been lost from Russia after WWI. While the Soviets would become a crucial ally and would spill more blood to defeat Nazi Germany than any other nation, it needs to be remembered that they began the war cooperating with the Third Reich, and Poland was victimized by Stalin as well as by Hitler.

Poland would fall in a matter of weeks. The invasion and subsequent occupation of Poland would be a tragic catastrophe for the Poles. By 1945, some 5.6 million Poles would be in their graves. The Polish Jewish population would be virtually eradicated. Those who survived were inevitably, and inextricably, scarred by the war. It was a demographic nightmare for the Poles.

There is one sequel worth noting. On June 6th, 1944, a handful of Polish pilots and sailors in exile would participate in the Invasion of Normandy. Polish infantry and paratroopers would deploy in subsequent days to contribute to the liberation of France. Their numbers were small, but their valor, fidelity and sacrifice were great. They knew exactly why they were fighting the Nazis. Today, the Polish flag is one of twelve that proudly flutters over the National D-Day Memorial.