18 Mar Other Orders of the Day

“Soldiers, Sailors and Airmen of the Allied Expeditionary Force! You are about to embark upon the Great Crusade, toward which we have striven these many months…”

D-Day history buffs will automatically recognize these words from Gen. Dwight David Eisenhower as the Order of the Day, June 6, 1944. The inspirational “pep talk” was printed and distributed to the men awaiting the invasion, and read over the loudspeakers of the troop transports circling in the Channel. The half-page document made a profound impact on many of the men, who saved copies, had buddies autograph them as a souvenir, and mentioned it in countless diaries and memoirs. Of course, if you’ve been to the National D-Day Memorial, you’ve seen the immortal words inscribed in bronze on our site’s largest plaque.

But—did you know that Ike’s Order of the Day was only one of several similar documents issued to encourage the invasion forces on June 6, 1944? 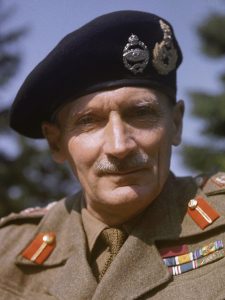 For instance, British Field Marshall Bernard Montgomery, the officer in overall command of the ground forces on D-Day, made his own proclamation to the troops under his immediate command, the 21st Army Group of the United Kingdom. Similar in contact to Eisenhower’s Order, it has a decidedly (and not unexpected) British style to it’s prose:

PERSONAL MESSAGE FROM THE C-in-C

(To be read out to all Troops)

“He either fears his fate too much,

Or his deserts are small,

Who dare not put it to the touch,

Notice that Monty had his “Personal Message” printed with the original date of the invasion—June 5. Bad weather on the 5th forced a 24-hour postponement of the invasion. 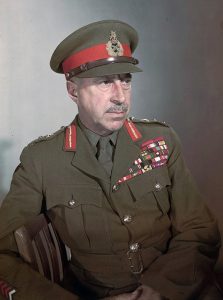 Another Allied leader who wanted to remind his troops of why they had to cross those beaches was General H. D. G. Crerar, arguably Canada’s most effective commander of the war, He also endeavored to inspire his troops in similar fashion to Ike and Monty:

It is impossible for me to speak to each one of you, but by means of this personal message, I want all ranks of the Canadian Army to know what is in my mind, as the hour approaches when we go forward into battle.

I have complete confidence in our ability to meet the tests which lie ahead. We are excellently trained and equipped. The quality of both the senior and junior leadership is of the highest. As Canadians, we inherit military characteristics which were feared by the enemy in the last Great War. They will be still more feared before this war terminates. 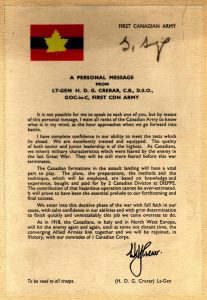 Canadian formations in the assault landing will have a vital part to play. The plans, the preparations, the methods and the technique, which will be employed, are based on knowledge and experience, bought and paid for by the 2 Canadian Division at Dieppe. The contribution of that hazardous operation cannot be over-estimated. It will prove to have been an essential prelude to our forthcoming and final success.

We enter into this decisive phase of the war with full faith in our cause, with calm confidence in our abilities and with grim determination to finish quickly and unmistakably this job we came overseas to do.

As in 1918, the Canadians, in Italy and in North West Europe, will hit the enemy again and again, until at some not distant time, the converging Allied armies link together and we will be rejoined, in victory, with our comrades of the I Canadian corps.

To be read to all troops. H.D.G. Crerar, Lt-Gen

Notice how Crerar, and every other Canadian in uniform, looked on the invasion as a chance to redeem the Canadian losses in the disastrous 1942 raid on Dieppe, a sort of early trial run for the invasion.

In a future blog post we’ll look at some other pre-invasion messages to the men about to make history. These, and many other primary sources related to D-Day, will be included in our upcoming publication “When Can Their Glory Fade? An Accounting of the D-Day Fallen” to be released later this spring. It will be the first ever publication of the names of all known Allied fatalities on D-Day, including 1,449 from Great Britain and 391 Canadians.