14 May The Vasquez Brothers: Heroes, Side-By-Side

The story of D-Day is made up of thousands of individual stories—many heroic, many tragic, many inspiring, but all significant. We hear a lot of these stories at the National D-Day Memorial; we tell many of them to thousands of visitors.

But seldom do we know as much as we want to know. Often minor mysteries arise. Such was the case recently when a researcher in Texas contacted us to ask why a man who died in Normandy, Manuel Vasquez, was buried in, of all place, an American cemetery in Sicily, far from where he fell. The answer to the question reveals some of the pathos of war, and reminds us of the high cost to some families.

Private Manuel R. Vasquez grew up in Sabinal, Texas, a tiny town in Uvalde County, west of San Antonio and north of Laredo. He was working as a farm hand when Pearl Harbor was attacked and the nation went to war; little over a month later (and just after his 21st birthday) Manuel enlisted in the 501st Parachute Infantry Regiment of the 101st Airborne. Like the rest of the would-be paratroopers, he would ship out to Toccoa, Georgia for jump training. Vasquez was one of the determined men who qualified, and the 501st soon deployed for further training in England. It would be some time before they learned the details, but in fact the 101st was preparing for Operation Overlord.

Vasquez, sadly, would see little of the operation. With his stick of paratroopers, Manuel crossed the English Channel in C-47 Number 42-24077.  Over the little French village of Founecrop in Normandy, that C-47 was hit by ground-based antiaircraft fire. The four crew members of the plane and all seventeen paratroopers, including Manuel Vasquez, were killed. A plaque on the side of a farmhouse in Founecrop memorialized the victims of 42-24077; men who gave their lives before they had a chance to fight in the war they trained so hard to win. Manuel is also memorialized at the National D-Day Memorial on plaque number W-41 of our Necrology Wall.

This, however, leaves the question of how Manuel came to lie at rest in Sicily. To understand that part of the story, we have to back up six months before D-Day and meet Manuel’s little brother, Florencio Vasquez. 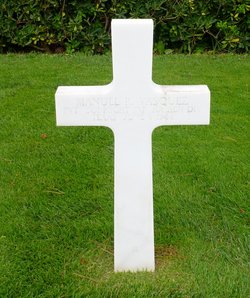 Florencio enlisted in the Army in the 168th Infantry Regiment, 34th Division. In January 1944, the 168th was engaged in the ferocious combat for Monte Cassino in Italy, one of the bloodiest (and controversial) campaigns of the Italian theater. Private Florencio Vasquez was one of those killed, on January 28th.

In England, his bother Manuel would have been informed of his brother’s death. Perhaps Manuel thought of Florencio in that quiet flight over the Channel as June 5th turned into D-Day. He would soon share his brother’s fate—giving his life for his nation.

Later that summer, for the second time in the year, Mrs. Cruz Vasquez of Sabinal received the telegram every mother dreaded during WWII. Nothing in the historical record speaks of her anguish, but we can certainly imagine it. 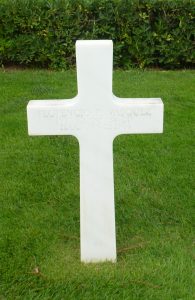 After WWII, the United States, alone among the major belligerents, gave families of fallen service personnel the option of bringing home the remains of their loved ones from foreign battlefields. Mrs. Vasquez surely mulled her options, then made her decision: she would ask that Manuel be exhumed from his grave in France and moved south, to lie beside his brother in Sicily. The two brothers, separated by the vagaries of war, would lie together in honored repose. Few know their names, but they are not forgotten.

There are thousands of stories to the big story of D-Day. The tragic tale of the Vasquez brothers is but one of them we can tell.