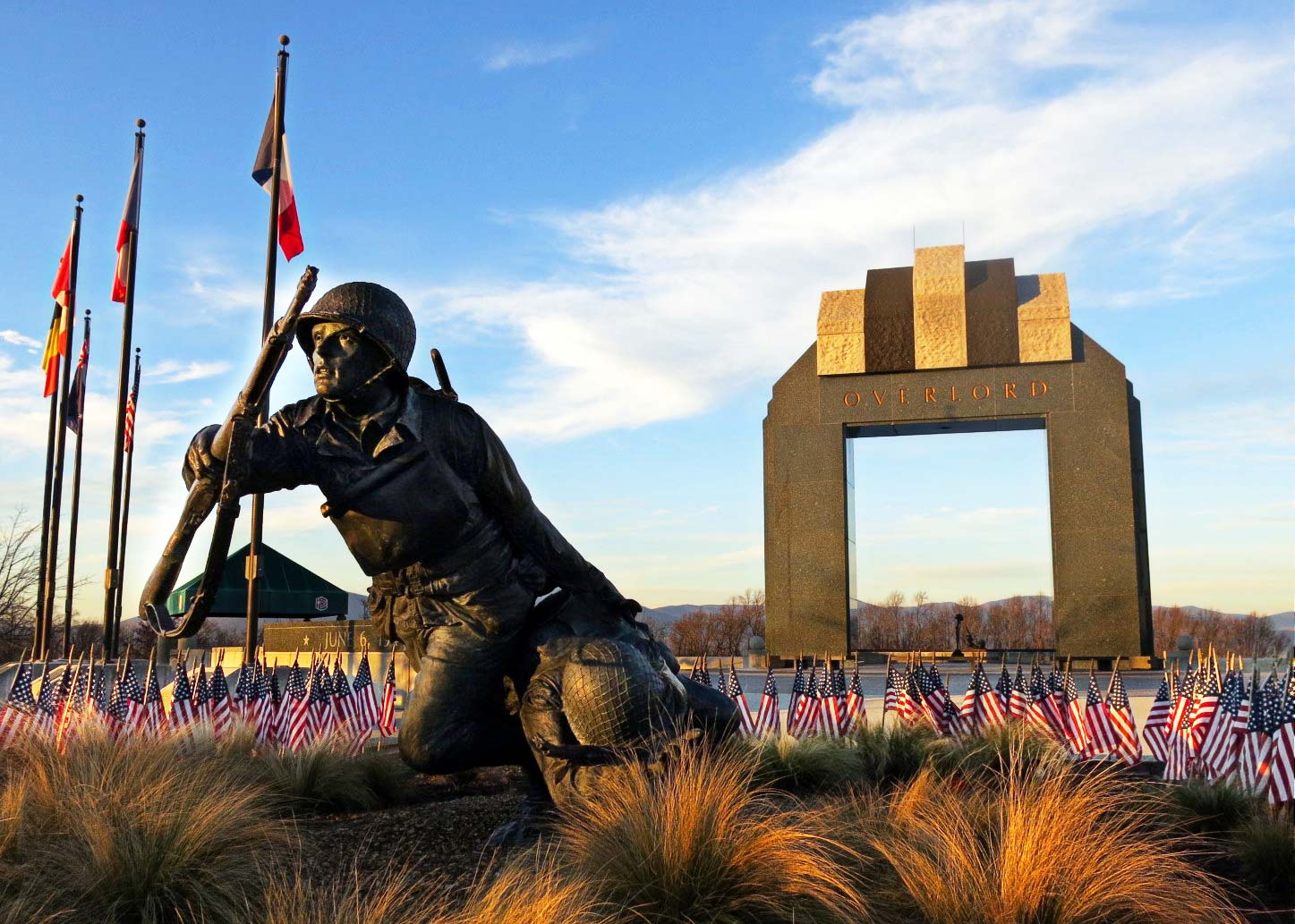 Commemorating Their Valor, Fidelity, and Sacrifice

Welcome to the D-Day Memorial

So That We May Never Forget

The National D-Day Memorial is located in Bedford, Virginia — the community suffering the highest per capita D-Day losses in the nation. The Memorial honors the Allied forces that participated in the invasion of Normandy on June 6, 1944 during World War II.

With its stylized English Garden, haunting invasion tableau, and striking Victory Plaza, the Memorial stands as a powerful permanent tribute to the valor, fidelity, and sacrifice of D-Day participants.  The Memorial is encompassed by the names of the 4,413 Allied soldiers who died in the invasion, the most complete list of its kind anywhere in the world.

Visitors can expect both an educational experience as well as an emotional one, as they walk the grounds at the Memorial and leave with a clear understanding of the scale and sacrifices made during the largest amphibious landing the world has ever seen. On June 6, 1944, 150,000 Allied troops landed along a 50-mile stretch of heavily-fortified French coastline to fight Nazi Germany on the beaches of Normandy, France. General Dwight D. Eisenhower called the operation a crusade in which “we will accept nothing less than full victory.” More than 5,000 ships and 11,000 aircraft supported the invasion, and by day’s end, the Allies gained a foot-hold in France. The D-Day cost was high with more than 9,000 Allied soldiers killed or wounded as the march across Europe to defeat Hitler began.

The Memorial is supported by contributions to the National D-Day Memorial Foundation a 501(c)(3) not-for profit organization.