Statement on the Passing of Adrian Cronauer 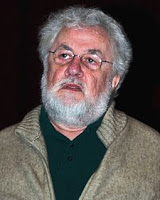 The staff, board, and volunteers of the National D-Day Memorial Foundation mourn the loss of our friend and former Board of Directors member Adrian Cronauer.

A former U.S. Air Force sergeant and disc jockey, Cronauer co-authored the story for the major motion picture Good Morning, Vietnam! The late Robin Williams garnered an Academy Award nomination for his loose portrayal of Cronauer in the 1987 film. In 2001, Cronauer accepted a position as an adviser in the George W. Bush administration, representing the Pentagon’s POW/MIA office in key meetings.

Cronauer served on the National D-Day Memorial Foundation Board of Directors from 2012-2014. He was an active and engaged board member, appearing at events on the Foundation’s behalf. In 2013, Cronauer gave the keynote address at the Memorial’s annual POW/MIA Awareness Ceremony, speaking on the importance of accounting for America’s heroes.

“We are deeply saddened by the loss of Adrian. He was a tireless advocate for veterans and was thoroughly committed to bringing awareness to POW/MIA issues. We were honored to have had him on our board,” said April Cheek-Messier, National D-Day Memorial Foundation President.
“In spite of his fame, Adrian was one of the humblest men I’ve ever met. He always put others before himself and would assist veterans’ causes in any way he could. Many will think of him through his depiction in the film. We will remember him for his selfless service, sense of humor, dedication, and generosity. He will be missed.”

Cronauer will be laid to rest in a private service with military honors.

The Foundation offers our deepest condolences to Cronauer’s family and many friends.