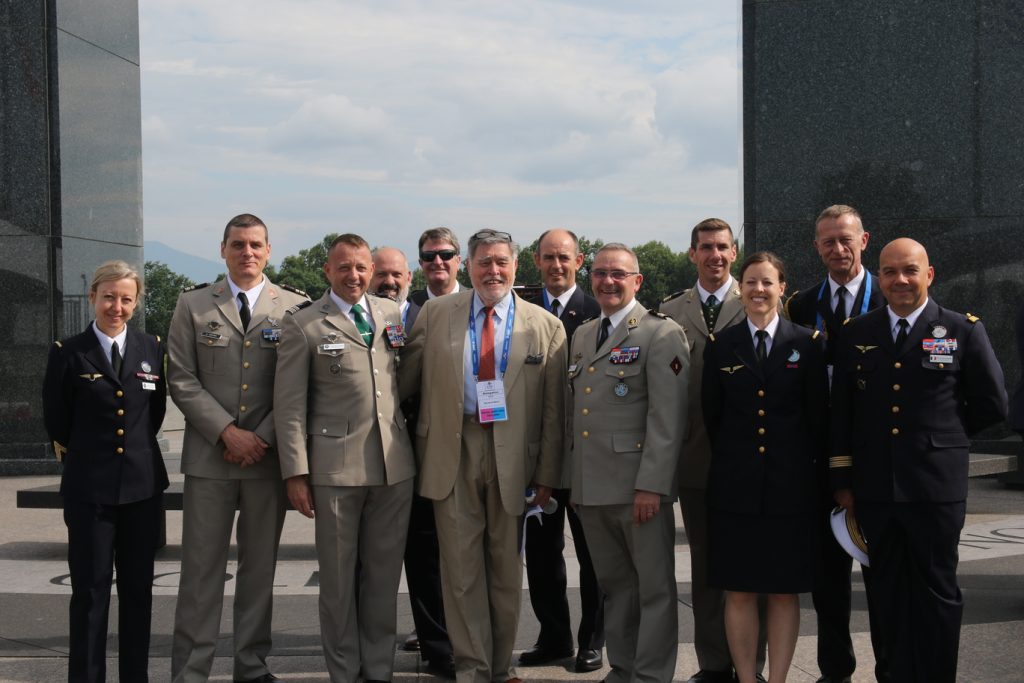 Bernard L. Marie, center, poses with the foreign delegation at the Memorial’s 75th anniversary of D-Day commemoration on June 6, 2019

The National D-Day Memorial remembers with fondness and gratitude Bernard L. Marie who passed away Friday, November 5, 2021.  He will be remembered for his devotion through the years to the WWII veterans who helped liberate his native country of France and the creation of an annual dinner to recognize them.

“Bernard worked tirelessly to make sure many Normandy veterans received the French Legion of Honor and recognized those veterans annually at his dinner to highlight their stories,” stated April Cheek-Messier, President of the National D-Day Memorial. 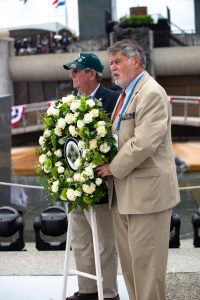 Bernard L. Marie, right, places a wreath at the Memorial during the 75th anniversary of D-Day commemoration on June 6, 2019

The National D-Day Memorial Gift Shop carries Marie’s book, D-Day in the Eyes of a Boy, which chronicles his experience as a young boy living in Nazi occupied France during WWII.  He often shared his story with schoolchildren to stress the importance of freedom and how easily it can be taken for granted. To say thank you for the liberation that Marie experienced as a young child, he helped more than 250 World War II veterans receive the French Legion of Honor and his annual dinners spanned 35 years.

“He brought immense joy to so many veterans and for that we will always be grateful,” stated Cheek-Messier on his passing.  “Bernard will be missed by many and remembered for his connection to the veterans he cherished.”