Join us for the 2021 Lunchbox Lecture Series on select Thursdays throughout the year.

The National D-Day Memorial Foundation is closely monitoring the evolving situation regarding COVID-19 and following the recommendations and guidelines of health officials. 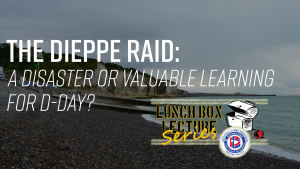 The Dieppe Raid: A Disaster or Valuable Learning for D-Day?

In August 1942, the Allies staged a raid on the coast of France, in part to test the tactics and weaponry needed for a Cross-Channel Invasion. The raid did not, to say the least, go as planned. What were the lessons of the costly Dieppe Raid, and how were they applied two years later on D-Day? National D-Day Memorial guide Richard Elder, the son of a D-Day tanker, will unfold how Allied leaders used the painful experience of Dieppe to fight a better war. 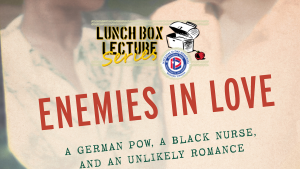 Join author and free-lance journalist Alexis Clark as she shares the story of Elinor Powell and Frederick Albert, an unlikely love story between an African American nurse and a German POW during WWII.  In her book, Enemies in Love, Clark sheds light on the history and discrimination of African American nurses during the war as well as the life of German POWs in the United States.  Enemies in Love explores the impact of segregation and Jim Crow in America and how one couple defied the odds to fall in love. 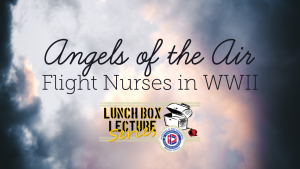 Angels of the Air: Flight Nurses of WWII

During World War II, 31 medical air evacuation squadrons helped tend to over one million servicemen between 1943-1945, a remarkable feat given that air evacuation was a relatively new concept at the start of the war.  Providing comfort and care to those patients were 500 flight nurses serving in the U.S. Army Air Forces.  Seventeen of these flight nurses were killed during the course of the war.  Discover the history, highlights, and perils of flight nursing in WWII through the eyes of Evelyn Kowalchuk, and the 818th Medical Air Evacuation Transport Squadron, who landed in Normandy on D+3.  Her story, told by Foundation President April Cheek-Messier, sheds light on the little-known story of these pioneers in history and the difference they made for patients and the future of combat medicine.