Funding has been provided by Virginia Humanities and the National Endowment for the Humanities (NEH) as part of the Coronavirus Aid, Relief and Economic Security (CARES) Act economic stabilization plan of 2020. For more information, please visit www.VirginiaHumanities.org 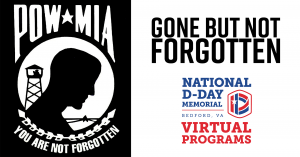 Free Zoom Webinar Program through our Partnership with Streamable Learning

Throughout American history, men and women have served in the military during combat who were taken as prisoners of war (POW) and many who were never found that are considered Missing-In-Action (MIA). POW/MIA Recognition Day, every third Friday of September, is a day that we take to remember them. In this program, learn about the significance of this day and about POWs and MIAs from WWII. 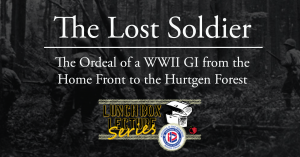 Lunchbox Lecture Series: The Lost Soldier: The Ordeal of a WWII G.I. from the Homefront to the Hurtgen Forest

The Lost Soldier offers a perspective on World War II we don’t always get from histories and memoirs. Based on the letters home of Pete Lynn, the diary of his wife, Ruth, and meticulous research in primary and secondary sources, this book recounts the war of a married couple who represent so many married couples, so many soldiers, in World War II. Author Chris J. Hartley intricately weaves together all threads—soldier and wife, home front and army life, combat, love and loss, individual and army division—into an intimate, engaging narrative that is at once gripping military history and engaging social history. 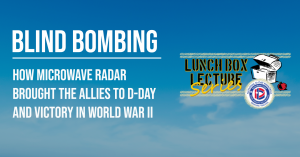 Author Norman Fine will share a little-known story about a new invention made on the eve of WWII. Despite apathy and resistance from entrenched military establishments, the invention transformed radar as all the combatants knew it from a defensive tool into an offensive weapon of war. Only the Allies had it, and the enemy was mystified by their losses. Fine’s book, Blind Bombing: How Microwave Radar Brought the Allies to D-Day and Victory in World War II, won the silver medal for World History in the 2020 Independent Publisher Book Awards. 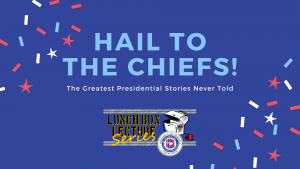 Rick Beyer is a New York Times best-selling author, an award-winning documentary filmmaker, and a longtime history enthusiast. He made the PBS documentary The Ghost Army and penned the popular Greatest Stories Never Told series of history books. He is currently host of the weekly Facebook/YouTube live-cast “History Happy Hour.” 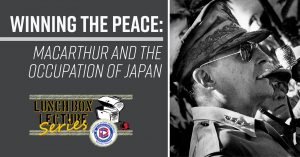 Lunchbox Lecture Series: Winning the Peace: MacArthur and the Occupation of Japan

Join Amanda Williams, Education Manager at the MacArthur Memorial in Norfolk, Virginia for this lecture as she discusses MacArthur’s role in the Occupation of Japan.

Given the bitter fighting that took place in the Pacific during World War II, the occupation of Japan was a daunting prospect.  As student of history and a veteran of the post-World War I Occupation of Germany, General Douglas MacArthur understood that great military victories often unraveled in occupations.  Determined to win the post-war battle for peace, he approached the occupation with a unique blend of statesmanship, pragmatism, theatre, and a belief in the fundamental dignity and potential of the Japanese people.